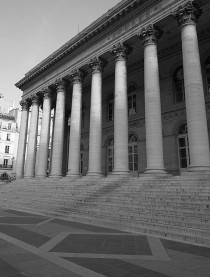 Christos Sclavounis chaired the nine-member GC of the Fund, capitalized with €50 billion from the second Greek support program and tasked with the recapitalization, restructuring and eventual re-privatization of the four systemic Greek banks. Contributed credibility, foresight and analytical decision making to a very complex environment. Prioritised re-opening market access for capital and funding for the sector and marketed strategy extensively to investor community. Oversaw resulting two rounds of successful bank recaps, raising a total of €11.5 billion, limiting the contribution of the HFSF to the necessary recaps to €25 billion, eventually enabling the return € 12 billion to the State.

Managing Director, Co-Head of CEE and Head of Greek Investment Banking at UBS. Gained substantial international experience based out of London and Paris from 1986 to 1996 in government and corporate finance advisory and capital markets roles. In 1997 established and run the very successful Greek team of UBS Investment Bank and the European Emerging Markets (CEE) and Turkish team (2004 to 2009). Managed client relationships at Chairman, CEO and Ministerial level. Run teams that conceived and executed many landmark advisory and capital market transactions in a variety of sectors and jurisdictions in the private and public sectors.