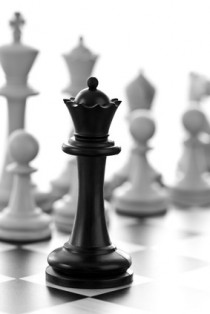 30 years of experience in the investment banking industry in France

Before founding Invicem, he was Directeur Général and Head of French Investment Banking for Credit Suisse in France. Prior to that, he was for seven years Global Head of Investment Banking of Credit Agricole Indosuez/Calyon (Crédit Agricole group) and was a member of the Executive Committee of Calyon and the Management Committee of Credit Agricole. Before that, he was a Managing Director of UBS Warburg for 5 years and Head of the European Media Entertainment Group after having spent 7 years at Merrill Lynch as a Director in The European Mergers & Acquisitions group of Merrill Lynch Limited, and Directeur Général of Merrill Lynch France.

He started his career at Citibank and Bankers Trust. David graduated from Institut d’Etudes Politiques de Paris, holds a Master (DEA) in Economics from Université de Paris I as well as a BA in Law and did his post-graduate studies at Harvard University.